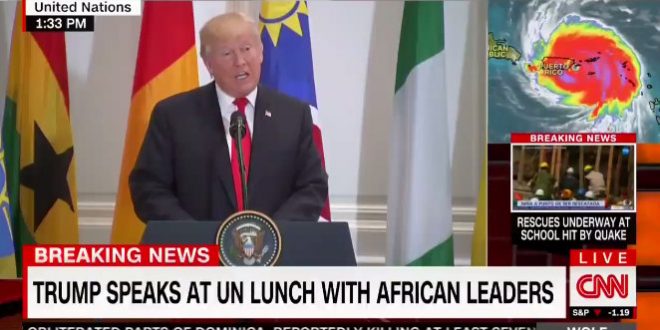 President Trump announced that the nonexistent country of “Nambia” has an increasingly self-sufficient health-care system during a United Nations lunch with African leaders on Wednesday. So far, Trump appears to have failed to impress African leaders — a photo of the Zimbabwean delegation listening to Trump’s U.N. speech on Tuesday went viral and President Robert Mugabe appeared to sleep through the whole thing.

Trump, at a lunch with African leaders, refers to the non-existent country of “Nambia.” pic.twitter.com/N8megnC1Xi

The Chronicles of Nambia: The Liar, The Witch, and the War-drone https://t.co/KfSTgteLZI

Nambia has indeed become much more self-sufficient, since it improved its trade agreements with neighboring Zamunda.