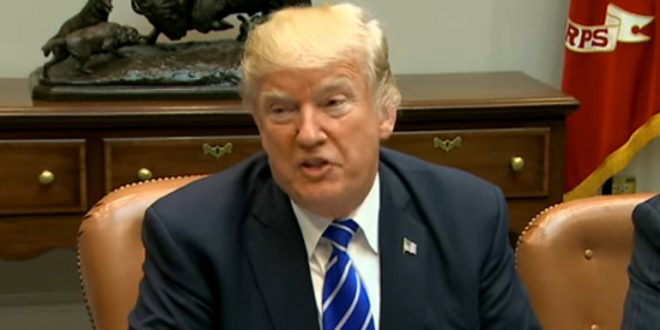 In the wake of Hurricane Maria, pretty much the entire island of Puerto Rico is dark, hot and running out of supplies — quickly. Because it’s an island, many lifesaving supplies will arrive by boat.

But Puerto Rico has to wait until American boats can reach its shores with supplies because of an obscure, World War I-era shipping law that the Trump administration is refusing to waive.

Trump’s decision to keep the Jones Act in place is also feeding into a narrative that the president is aloof to Puerto Rico’s problems. His administration lifted the Jones Act to help Texas and Florida after hurricanes Harvey in August and Irma this month.

Meanwhile, despite agitation from powerful members in Congress to get rid of the law entirely so we don’t keep having these debates after hurricanes, it’s likely to stay on the books.

The Jones Act, otherwise known as the Merchant Marine Act of 1920, requires goods shipped between American ports to be carried out exclusively by ships built primarily in the United States, and to have U.S. citizens as its owners and crews.

Signed into law by President Woodrow Wilson two years after World War I ended, the Jones Act was passed as a protective measure against foreign competition, particularly Germany. By restricting domestic trade to U.S.-flagged vessels with U.S. crews, America would always have a robust fleet of boats and sailors on hand in the event German submarines attacked the U.S.

President Donald Trump told reporters on Wednesday that a decision on whether to waive it had not yet been made. “We’re thinking about that, but we have a lot of shippers and a lot of people, a lot of people who work in the shipping industry, that don’t want the Jones Act lifted,” he said.