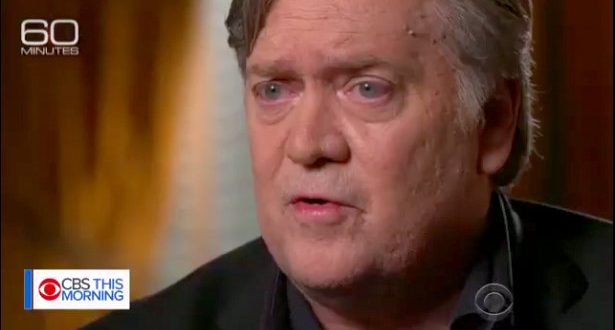 In his first extended interview since he left the White House last month, Stephen K. Bannon was unsparing in his criticism: calling out top Republicans, West Wing staff, the “pearl-clutching mainstream media,” special counsel investigators and the Roman Catholic Church.

He even singled out President Trump, labeling his firing of James B. Comey, the former F.B.I. director, the biggest mistake in “modern political history.”

Pressed by the interviewer, Charlie Rose, Mr. Bannon said that had Mr. Comey not been fired, the Justice Department investigation into possible links between the Trump campaign and Russia’s election interference would not have been handed over to the special counsel, Robert S. Mueller III.

2. WATCH: Bannon says firing of Comey was the biggest mistake in modern political history. Also, he refuses to answer if Kushner was for it. pic.twitter.com/d0zcZgowd1