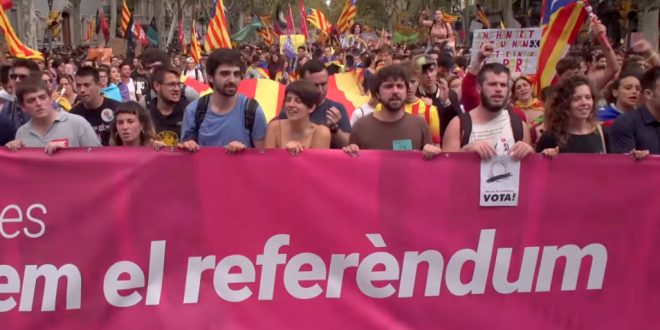 Police in Catalonia issued an ultimatum Saturday: the separatists, parents and children who are occupying schools to use them as polling stations for a disputed referendum on the region’s independence from Spain must leave by dawn. The police deadline of 6 a.m. Sunday is designed to prevent the vote from taking place, since the polls are supposed to open three hours later.

Spain’s Constitutional Court suspended the independence vote more than three weeks ago and the national government calls it illegal. Police have been ordered to stop ballots from being cast on Sunday and have been cracking down for days, confiscating ballots and posters.

Catalonia’s defiant regional government is pressing ahead despite the ban and the police crackdown, urging the region’s 5.3 million registered voters to make their voices heard. Spain’s foreign minister said Saturday the Catalan government’s plan is anti-democratic and runs “counter to the goals and ideals the European Union” is trying to advance.