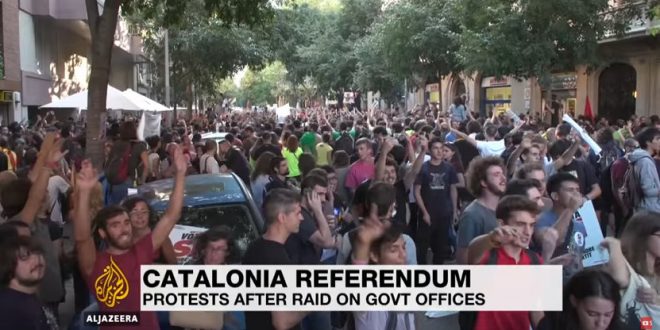 Spain will deploy police reinforcements to Catalonia to help maintain order if an independence referendum pledged by Catalan officials but opposed by the national government goes ahead, officials said Friday. The measure came amid rising tension between Spanish and Catalan authorities over the planned Oct. 1 ballot.

Civil Guard police this week arrested around a dozen regional government officials and seized about 10 million ballot papers. Authorities in the wealthy northeastern region insist the vote will take place, even though Spain’s Constitutional Court has ordered it to be suspended and the Madrid-based national government insists it is illegal.

Hundreds of pro-independence supporters had protested outside the courthouse to demand the officials’ release. Meanwhile, around 2,000 students gathered around and inside one of Barcelona’s main universities calling for an end to the national government’s crackdown. They carried pro-independence flags and banners supporting the ballot.

The history of the movement as explained in the second clip below is rather enlightening.