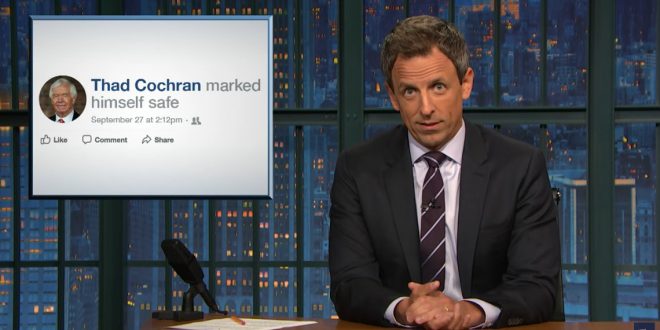 According to President Donald Trump, a Republican senator — who he refused to name — would’ve voted yes on the Graham-Cassidy health care bill that failed to pass, except he was in the hospital and could not vote. Since this was proven to be false, Seth Meyers had some fun at Trump’s expense on Late Night Thursday.

“President Trump is so desperate for literally any kind of positive achievement that he’s now outright lying about the fate of his health care bill and his new tax plan,” he began a “Closer Look” segment. “But there’s one major obstacle standing in the way of Trump’s domestic agenda: he has no idea what he’s talking about.”