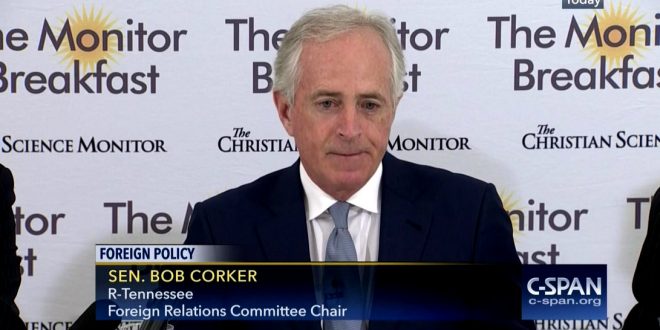 Senate Foreign Relations Committee chairman Bob Corker has crossed swords with President Trump before — in August, he accused Trump of lacking the “stability” and “some of the competence” needed to be successful. But the Tennessee Republican may now be defying Trump with more than just words.

In a brief interview at the Capitol, Corker told NPR his committee is looking at legislation that would prohibit any first-strike use of nuclear weapons without a prior declaration of war by Congress. “I’ve had other members talk with me a little about it, and we’re doing some research on that topic,” he said. “We really began to do so at the end of last week.”

Corker revealed his panel’s new initiative shortly after Trump told the U.N. General Assembly that “if (the U.S.) is forced to defend itself or its allies, we will have no choice but to totally destroy North Korea.”

Congress has not formally declared war since Pearl Harbor and Trump would surely veto any bill that limits his launch powers.

Previous Senate To Cohen: Now You Must Testify Publicly
Next Trump Mocks The Emmys For Low Ratings