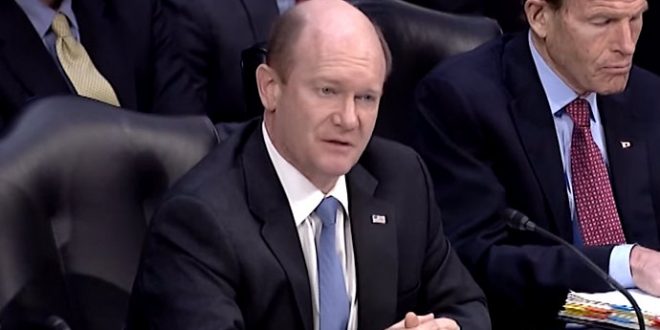 “Below is a statue to keep in mind in regards to Donald Trump Jr.’s testimony today,” Coons wrote in the email before sharing the rules of the statute.

“It is important to remember that anyone who testifies in front of a Senate committee is under the restrictions of the False Statements statute that says material false statements to Congress are criminal and punishable with fines or imprisonment or both,” Coons said in a statement attached to the forwarded memo.