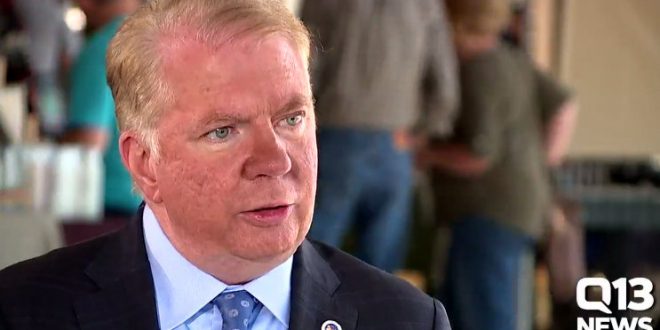 Seattle Mayor Ed Murray resigned Tuesday, just hours after new allegations that he sexually abused a younger cousin decades ago in New York. Murray, a former Democratic state legislator elected mayor in 2013, said in a statement that he is resigning effective 5 p.m. Wednesday.

“While the allegations against me are not true, it is important that my personal issues do not affect the ability of our City government to conduct the public’s business,” Murray said in a statement. The Seattle Times reported Tuesday morning on allegations by Murray’s cousin, Joseph Dyer, 54, who has become the fifth man to publicly accuse Murray of sexual abuse.

Dyer says he was 13 when Murray forced him into sex when the two shared a bedroom at Dyer’s mother’s home in Medford, New York, in the mid-1970s. Dyer is the fifth man to publicly accuse Murray since April.

Last month, I sat down with Seattle Mayor Ed Murray to talk about his legacy. The story has yet to air, but here’s what he said. #Q13FOX pic.twitter.com/wuddLJaTUI