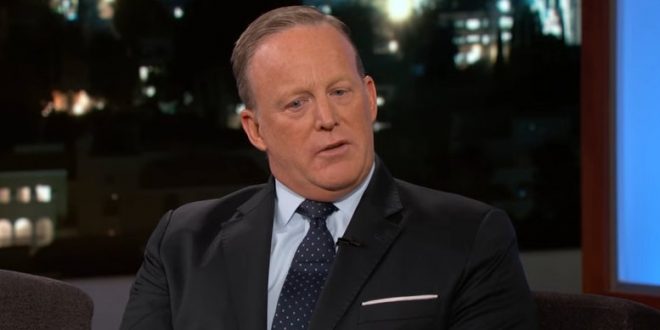 It was a different Sean Spicer who paid a visit to “Jimmy Kimmel Live” Wednesday night. This was a smiling, chill Spicer, in marked contrast to the six hot-tempered months he spent as White House press secretary, conducting volatile news conferences that were given added heat thanks to Melissa McCarthy’s unsparing impersonation of him on “Saturday Night Live.”

Kimmel reminded him of how his tenure began: awkwardly backing up President Donald Trump’s claim that his inauguration crowd was the biggest ever, when photographic evidence proved otherwise. “Why is he so concerned with size?” asked Kimmel. “Have you ever seen the president naked?” “I have not,” Spicer replied good-naturedly.