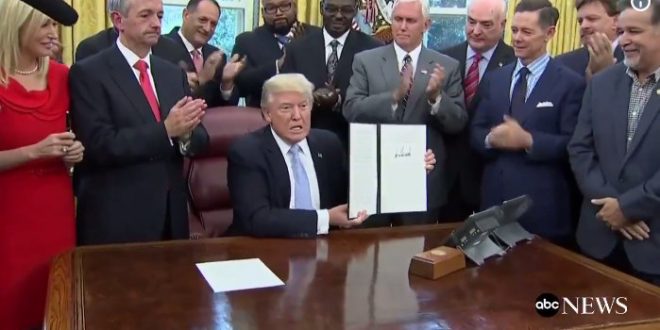 Surrounded by leaders from the American Red Cross, the Salvation Army and Southern Baptist Disaster Relief, Trump signed a proclamation from the Oval Office on Friday inviting “all Americans to join us as we continue to pray for those who have lost family members or friends, and for those who are suffering in this time of crisis.”

Praying with @realDonaldTrump in the Oval Office. pic.twitter.com/Ti6F2byUl2