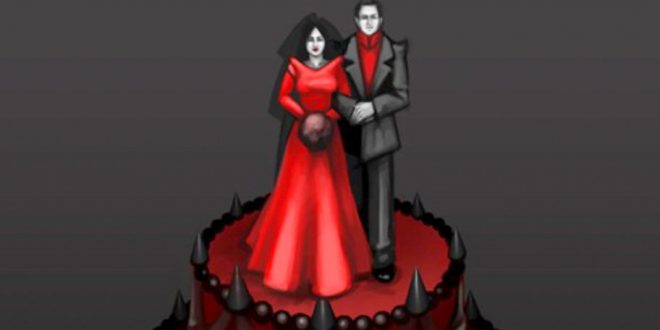 Via press release from the Satanic Temple: This fall, the United States Supreme Court will hear a case of a Colorado baker who refused to make a cake for a gay wedding. The argument has been contextualized as a matter of Free Speech versus Civil Rights. However, because sexual orientation is not a protected class under the Civil Rights Act of 1964, (whereas race and religion are), there is a good chance that the right to discriminate against gay couples will be affirmed as a constitutional liberty.

Given the political persuasion of the majority of Supreme Court Justices, this outcome is even more likely. For this reason, The Satanic Temple (TST) has announced a plan for those who feel alienated or oppressed by the privileged status that religion holds over sexual orientation: Request your homophobic baker make a cake for Satan.

TST spokesperson, Lucien Greaves, explains: “Our organization has received a lot of concerned messages from people who are upset by the prospect of an environment in which the LGBTQ community are openly and legally treated as second class citizens. The laws of the United States require that no one may discriminate by way of refusal of service against an evangelical theocrat for their religious beliefs, but the evangelical theocrat may discriminate against LGBTQ people because of who they are.

“Because religion is a protected class, a baker may refuse service to LGBTQ people, but they may not refuse service based upon someone’s religion. If they aren’t willing to make a cake for same-sex unions, let’s have them make a cake to honor Satan instead.”

The Satanic Temple proclaims that if the right to discriminate against the LGBTQ community is codified into law by the Supreme Court, aggrieved parties who face discrimination should contact them. “If you can’t get a cake for your same-sex union,” Greaves said, “we’ll host a party in your honor at The Satanic Temple headquarters in Salem and order a cake that praises Satan from your offending discriminatory ‘religious liberty’ enthusiast.”

As you probably know, the Satanic Temple does not actually believe that Satan exists. They are essentially (and rather effectively) an atheist trolling outfit.

Did you know: bakers can’t refuse service to The Satanic Temple because religion is a “protected class”? #SatanCakes pic.twitter.com/9VrVndkbSi

Previous The Weeping Nazi Continues Radio Show From Jail
Next Trump “Embarrassed And Pissed” About Alabama Senate Result, Rages About His Staff And McConnell