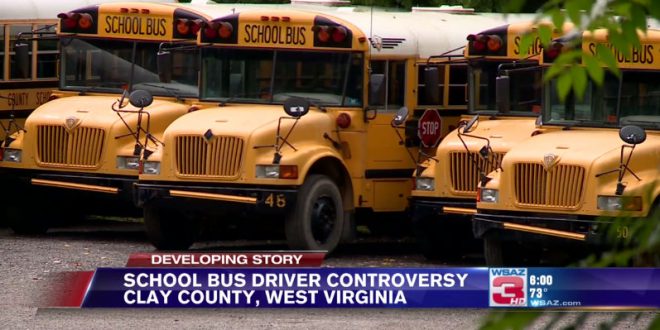 On Tuesday morning, September 5th, 2017, an openly gay student from Clay County High School in Clay, West Virginia, boarded the school bus of part-time driver, Robert Belt, and sat down beside another student.

Allegedly, Robert Belt, also a full-time Clay County Sheriff Deputy, dressed in full uniform, announced over the bus PA system, “No faggot activity will be permitted on this bus. In my Bible it states that ‘faggots will burn in Hell,’ and I will not condone it.”

The concerned parent discovered from the victim Leslie Osborne, Clay County school counselor, had taken three statements from students present on the bus. Currently, Deputy Robert Belt continues to drive for the Clay County School system and is continuing to perform his official duties as Clay County Sheriff Deputy.

The county school system has launched an investigation after learning about allegations against a bus driver. Clay County community members tell WSAZ the school bus driver used a gay slur when referring to a student who was on the bus. Superintendent Joe Paxton said he first learned of the allegations when the high school reported the incident in question to the board.