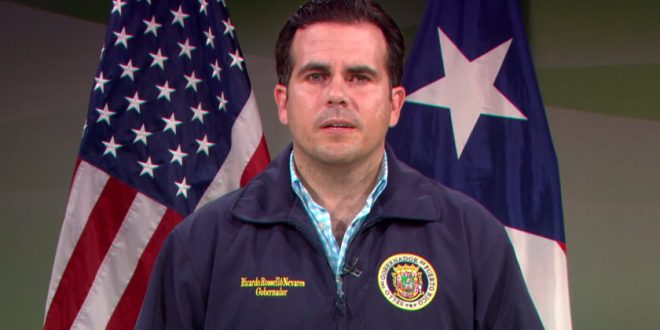 A damaged dam is in danger of bursting. Most buildings are damaged or destroyed. Millions are without power, and the communication network is crippled. Puerto Rico is in a dire situation after Hurricane Maria, Governor Ricardo Rosselló told CNN in an interview on “New Day” Monday morning. “This is a game changer,” he said. “We need to prevent a humanitarian crisis occurring in America.”

Rosselló urged Congress to approve a commensurate aid package as the US territory, already hammered by a prolonged economic crisis, tries to get back on its feet. “Puerto Rico is part of the United States, and we need to take swift action,” the governor said. “This is a major disaster.”

Without power and communications in much of the island, millions of people, including city leaders and first responders, have been cut off from the world since Maria hit Wednesday. Rosselló said cell service is “critically limited.” “Essentially only the metropolitan area has infrastructures, ” the governor said Monday, adding that their priority is to get antennas into areas that are still not communicating.

Governor of #PuertoRico: “This is an unprecedented disaster here in Puerto Rico The devastation is vast.” pic.twitter.com/3kLuMFmUbh

#PuertoRico Governor: If we don’t take action this is going to be a humanitarian crisis. https://t.co/5dM5SrWC1u https://t.co/JM3h0GEncU