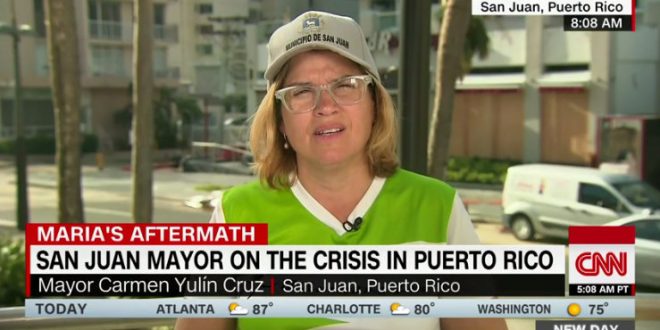 San Juan Mayor Carmen Cruz became tearful and furious during a CNN interview this morning after being told that the Trump administration is continuing to congratulate itself over the response to Hurricane Maria.

After viewing a clip of acting secretary of Homeland Security Elaine Duke telling reporters this was “a good news story,” Cruz became increasingly furious as she explained the situation on the ground on Puerto Rico.