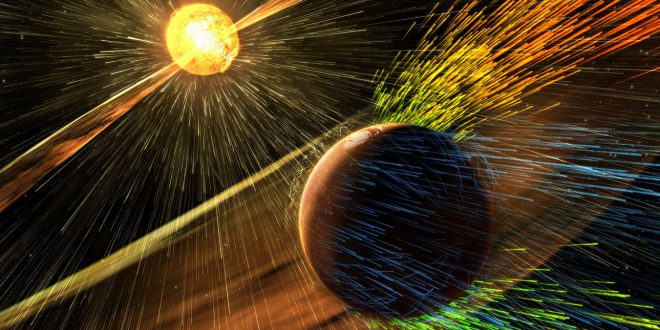 Planet X Is Almost Upon Us, Plan Accordingly

A critical update from Quartz:

If you’re going out of town this weekend, be sure to pack for the apocalypse. According to David Meade, a research scientist and Christian conspiracy theorist, Planet X—a red dwarf star the size of 3.34 Jupiters—is currently hurtling towards the sun.

Meade posits that a Planet X solar collision will lead to seven years of massive disruption on Earth, and (bonus!) will immediately precede the rapture. And it all kicks off on Saturday, Sept. 23. According to Meade, Planet X is already having an impact: Its approach is heating up the Earth’s core. (Global warming, he writes, is just a “cover story.”) But this weekend is when things get really interesting.

Planet X’s arrival will create an event that occurs on the surface of the Sun that releases a tremendous amount of energy in the form of a solar flare or a coronal mass ejection, which is an explosive burst of very hot, electrified gas that has a mass that exceeds that of Mount Everest. The event will bring down the electrical grid, and the shelves of the grocery stores will be cleaned out inside of a day.

Banks and ATMs don’t work without electric current. Gas pumps won’t be functioning. Food transportation will stop. Rioting and looting will be unrestrained. Communications satellites will be down. The 911 function on your phone isn’t going to work. For as long as it lasts, until new transformers can be built or imported, society will be in chaos. This will be the calling card of Planet X upon its near approach to our Earth and Sun.

His website says he worked in forensic investigations and spent the past 10 years “writing special reports for management” for Fortune 1000 companies, but he ignored questions about which companies those were and what he currently does for a living.

A short biography on a website called Planet X News says he studied “astronomy, among other subjects” at the University of Louisville. (The university said it cannot verify whether a person was a student there.) The website also says Meade enjoys “relating science and the Bible,” and he believes that Nibiru, which he also calls Planet X, is a “perfect marriage of the two.”

Among the books recently published by Meade are a 2013 tome about hot real estate opportunities in the Florida Keys (ahem) and a March 2017 rant about George Soros, the deep state, and the secret New World Order plot to overthrow Trump. YouTube clips about his predictions have millions of views.