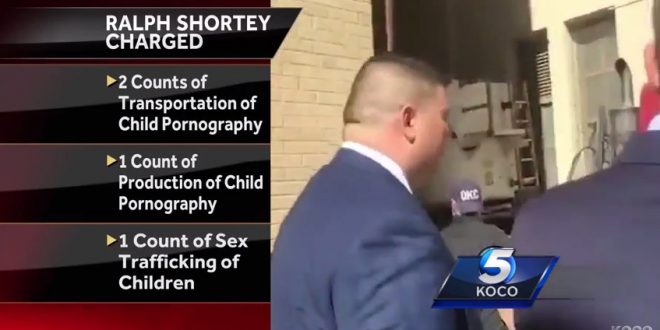 The two transportation of child pornography charges stem from allegations that he used a smartphone to send a video involving a “prepubescent girl” and videos involving young boys from an America Online email address in October 2013, the documents said.

Shortey allegedly advertised on Craigslist that he wanted to watch an underage male perform a sex act with a woman and record it. The producing child pornography count claims that Shortey persuaded a minor via the social media app Kik to send him an image of the young man’s penis.

Shortey was charged in March in Cleveland County court with Engaging in Child Prostitution, Engaging in Prostitution within 1000 feet of a church and Transporting a Minor for Prostitution/Lewdness. The charges came after the then state senator was found in a metro hotel room with an underage boy. He resigned from his position shortly after being charged.

Court documents first made public during Shortey’s initial arraignment in March appeared to reveal that he agreed to ejaculate in the “boy pussy” of the teen prostitute he is alleged to have hired over Craigslist.