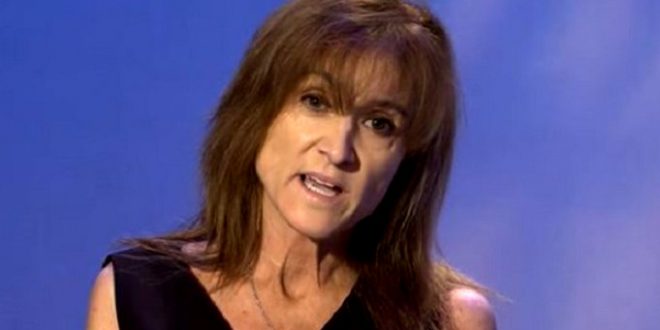 The chairman of the North Carolina Republican Party Tuesday condemned a Facebook post from a Charlotte Republican candidate who listed one of her qualifications as being “white.” “VOTE FOR ME!” mayoral candidate Kimberley Paige Barnette had posted. “REPUBLICAN & SMART, WHITE, TRADITIONAL.”

“Any suggestion that a candidate is more or less qualified for political office based on their skin color alone, is offensive to North Carolina Republicans and we condemn it,” GOP Chairman Robin Hayes said in a statement. “This type of suggestion has no place in our public discourse.” Barnette, 53, has removed the post, which quickly went viral.

Barnette could not be reached Tuesday. She’s running in the Sept. 12 primary against city council member Kenny Smith and Gary Dunn. In a WTVI debate last month, Barnette criticized last September’s Charlotte protesters. She called the protests “an expression of Democratic behavior.”

Previous PEE TAPE: Far-Right Russian Politician Threatens To “Hit Trump” With Dirty Intel, Claims “Of Course We Have It!”
Next House Approves $7.9B Harvey Aid Bill In 419-3 Vote