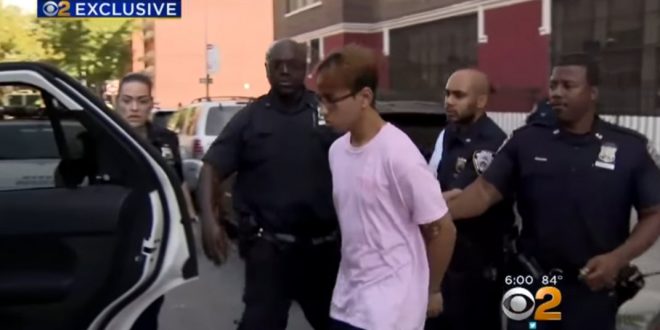 The Bronx student who allegedly stabbed a classmate to death and seriously injured another was bullied for his sexual orientation — and will be put on suicide watch in jail, it was revealed in court Thursday.

Cedeno did not enter a plea during arraignment Thursday, but Assistant District Attorney Nancy Borko said the teen “admits to purchasing a knife two weeks before online and stabbing two people.”

“As far as I know, these students have been calling him faggot and spic, so it’s sexual orientation and race,” said family rep Savannah Hornback outside the Bronx courtroom.

The taunting began on the first day of high school and continued until Abel Cedeno couldn’t hold his rage another second. The bullied student, armed with a $30 switchblade, stabbed one of his tormentors to death and savagely gashed a second teen as a Wednesday morning history class turned into a Bronx bloodbath, police said.

Horrified classmates howled in disbelief as Cedeno flew into a homicidal fury, plunging the serrated stainless steel blade into the chests of Matthew McCree, 15, and Ariane Laboy, 16. The knife-wielding Cedeno just “went crazy,” said witness Jomarlyn Colon, 16. “Everybody just stood back. A few of them were holding Matthew. A few of them were holding towels on the wound.”

It’s been nearly 25 years since a New York City student was murdered inside a school. In early 1993 a 15 year-old was stabbed to death in the hallway of a Manhattan junior high.