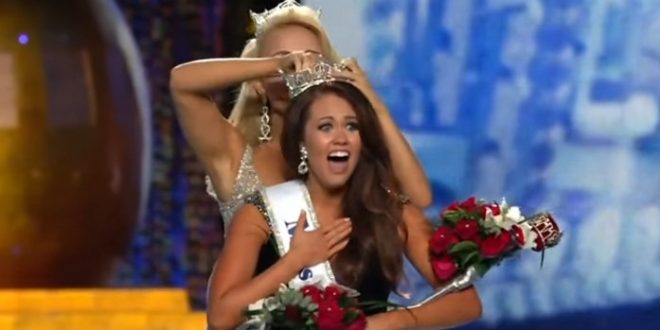 Cara Mund is not worried that she may begin her year-long reign as Miss America by starting a Twitter war with the nation’s Tweeter-In-Chief. The 23-year-old Miss North Dakota won the crown Sunday night in Atlantic City after saying in an onstage interview that President Donald Trump was wrong to pull the United States out of the Paris climate accord.

In one of her onstage interviews, Mund said Trump, a Republican, was wrong to withdraw the U.S. from the climate accord aimed at reducing greenhouse gas emissions that contribute to global warming. “It’s a bad decision,” she said. “There is evidence that climate change is existing and we need to be at that table.”