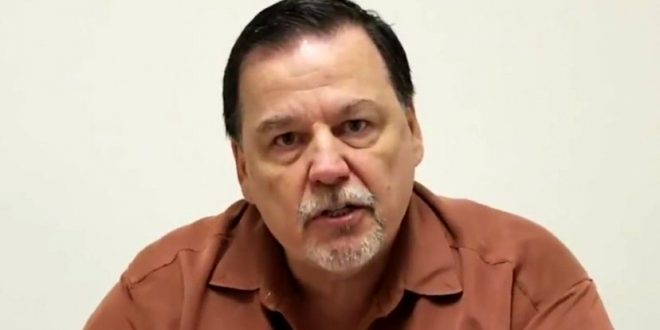 A Merrimack County jury awarded three Manchester-area businessmen $274.5 million in their lawsuit against mortgage kingpin Michael Gill, who accused them of drug dealing and other crimes on prominent electronic billboards and social media viewed by millions.

Steve Gordon, an attorney who represented AutoFair owner Andy Crews, Manchester developer Dick Anagnost and Primary Bank founder William Greiner, said it is believed to be the largest personal injury verdict in New Hampshire. “The bully has finally been punched in the mouth, which is what we wanted to do for a long time,” Crews said at a press conference outside the Merrimack County Superior Court house.

The verdict ended a week-long trial that started with Gill, the founder of Mortgage Specialist Inc., dramatically walking out of the courthouse and calling the trial a criminal enterprise. Judge Brian Tucker had already ruled that defamation took place, the only issue for the jury was the size of the verdict.

Over the course of several shows, Gill allegedly ranted about several of the plaintiffs, and even accused them of dealing “heroin” and “machine guns” in a warehouse, the original lawsuit claimed. Gill claimed the illicit deals were how the three plaintiffs got rich, the lawsuit alleged.

In another broadcast, Gill even told listeners the original lack of a defamation suit against him was proof that the plaintiffs were, indeed, drug dealers, court documents revealed. The original lawsuit also said Gill accused one of the three plaintiffs of extortion.

Ironically, several of the plaintiffs and their families have helped finance and manage a nonprofit drug and alcohol addiction recovery center. New Hampshire has been hit hard by the nation’s opioid and heroin crises.

Aaron Day, the leader of the state’s Republican Liberty Caucus, was also sued, but had previously settled for slightly more than $1 million through a defamation insurance policy, sources tell LawNewz.com.

Mr. President; It is Domestic terrorism. Please call and share, I need your help. I need help setting appointments in Washington. I will meet with your state reps.

I’m in Washington with evidence of corruption that includes Bill Shaheen and his wife Senator Jeanne Shaheen. They orchestrate the cover for the drug cartel with the assistance of the FBI and DEA. Absolute proof that they used the IRS as leverage to attack their enemies.

I remind you that I turned down 50 million for this evidence. I turned them down only for them to try to murder me on 3 different occasions. On the fourth, the hitman declined the contract which you can listen to on Kill Gill.  That order was given by the drug cartels and Bill Shaheen.

We are at a critical place in time, this evidence could literally change the direction of our country to a people of justice. We ask the president and the department of justice to keep his promise and drain the swamp.

His Facebook post also begs for help from the far-right Judicial Watch and from Trump’s personal attorney, notorious scammer Jay Sekulow. The post has been shared over 4000 times.

Gill ran for New Hampshire governor last year and was disqualified because he wasn’t even a registered voter.