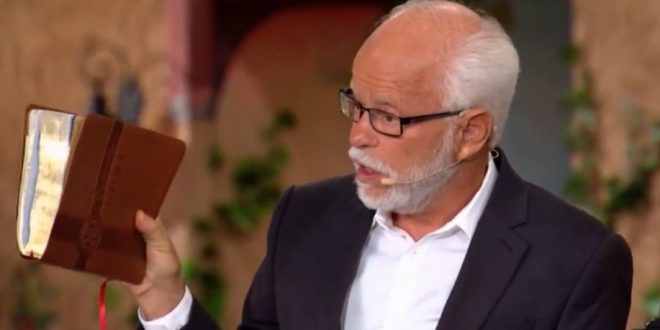 Author John Wigger has a new book out titled PTL: The Rise and Fall of Jim and Tammy Faye Bakker’s Evangelical Empire.

From the lengthy review published by Christianity Today:

Drawing on a wide range of interviews, newspaper reports, and court documents, Wigger expertly documents the larger-than-life transgressions that eventually brought the Bakkers and PTL tumbling down. Where to begin a summary accounting? Perhaps with the sex? Jim Bakker’s December 1980 encounter with a young woman named Jessica Hahn in a Florida hotel room—one which she describes to this day as non-consensual, though she prefers not to call it rape—would prove central to his and PTL’s undoing.

But as Wigger shows, it was just the tip of the iceberg. Throughout Bakker’s time at the helm of PTL he had sex with at least six of his male employees. These, too, were exploitative relationships, in which Bakker deployed the power of his position to secure others’ silence. Tammy Faye was not abusive, but may well have had dalliances of her own, including with the musician Gary Paxton. While the two denied any sexual involvement, many in PTL’s inner circles assumed they had an affair.

Both the sex and the greed drove jaw-dropping levels of deceit. Jim went to extreme lengths to cover up the Jessica Hahn affair, a decision that fit into a much larger pattern of illicit lies. The Bakkers’ meteoric rise to Christian celebrity status was made possible by the faith and generosity of countless ordinary believers, who tuned into PTL’s television programs and donated to its telethons. Jim and Tammy Faye violated their trust early and often.