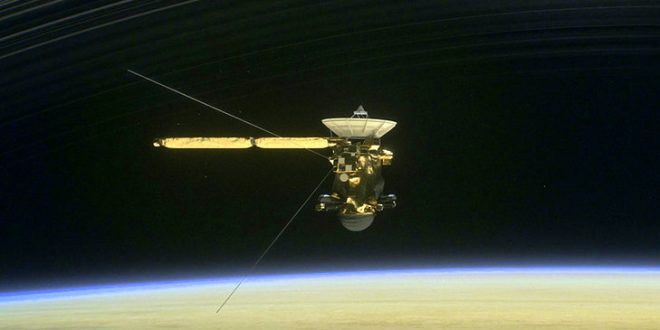 NASA’s Cassini spacecraft disintegrated in the skies above Saturn early Friday in a final, fateful blaze of cosmic glory, following a remarkable journey of 20 years. Confirmation of Cassini’s expected demise came about 7:55 a.m. EDT. That’s when radio signals from the spacecraft — its last scientific gifts to Earth — came to an abrupt halt. The radio waves went flat, and the spacecraft fell silent.

Cassini actually burned up like a meteor 83 minutes earlier as it dove through Saturn’s atmosphere, becoming one with the giant gas planet it set out in 1997 to explore. But it took that long for the news to reach Earth a billion miles away.

The only spacecraft to ever orbit Saturn, Cassini showed us the planet, its rings and moons up close in all their splendor. Perhaps most tantalizing, ocean worlds were unveiled on the moons Enceladus and Titan, which could possibly harbor life.

Our spacecraft has entered Saturn's atmosphere, and we have received its final transmission.

Earth received @CassiniSaturn’s final signal at 7:55am ET. Cassini is now part of the planet it studied. Thanks for the science #GrandFinale pic.twitter.com/YfSTeeqbz1