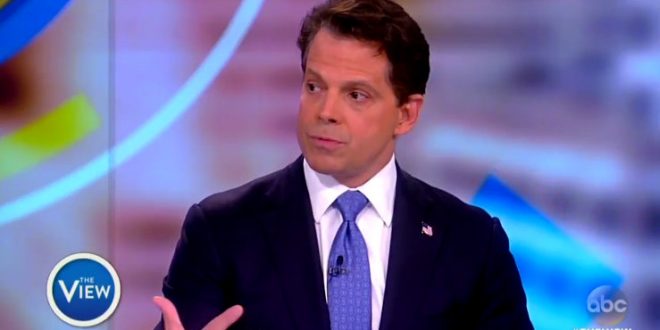 “I would say that he has those tendencies,” Scaramucci said Friday during an appearance on “The View” when asked whether Bannon, recently ousted White House chief strategist, is a white nationalist.

Bannon has long faced criticism for his claim last year that Breitbart, the news organization he presently chairs, is a “platform for the alt-right.”

.@Scaramucci on Bannon: “His worst quality to me was he had a messianic complex” and has white nationalist “tendencies.” pic.twitter.com/32GoXOVZj5