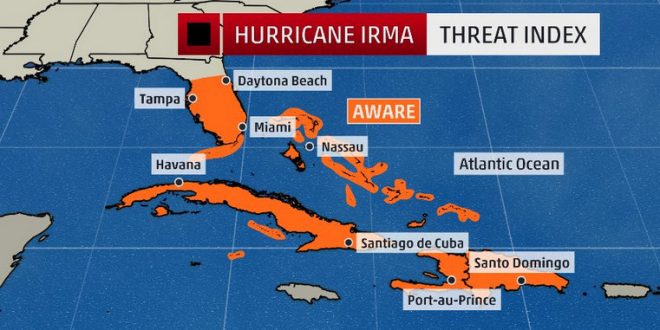 Miami-Dade To Begin Evacuations Ahead Of Irma

Monroe County has issued a mandatory evacuation of all residents, beginning at 7 p.m. Wednesday. A tourist evacuation order will be in effect at 7 a.m.

Miami-Dade will start evacuations Wednesday ahead of #HurricaneIrma https://t.co/9Co7UOLWkZ pic.twitter.com/ppPOxKREkX

Hurricane #Irma now a category 5 and it’s a beast. It’s larger than the state of Ohio, if that helps put it in perspective. pic.twitter.com/JtoZNlONeE

Hurricane Irma becomes the most powerful storm ever recorded in the Atlantic Ocean https://t.co/XF3B9IOTub pic.twitter.com/Q1ZW60WWim