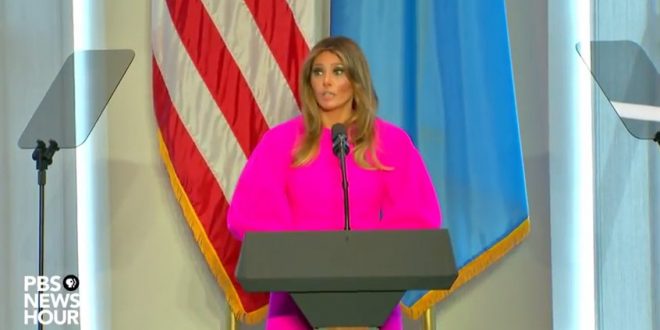 First Lady Melania Trump spoke at a luncheon at the United Nations General Assembly this afternoon, extolling the value of teaching and protecting children. The “most important and joyous role I’ve ever had is to be a mother to my young son,” she said.

This speech revisited her campaign promise to combat cyberbullying. She said that she would be reaching out to her fellow first ladies at the luncheon for their guidance in the coming months and also called on social media leaders for their help.

“Together we must acknowledge that all too often it’s the weakest, most innocent and vulnerable among us, our children, who ultimately suffer the most from the challenges that plague our society,” she said.

“Whether it is drug addiction, bullying, poverty, disease, trafficking, illiteracy or hunger, it is the children who are hit first, and hardest, in any country,” she said.