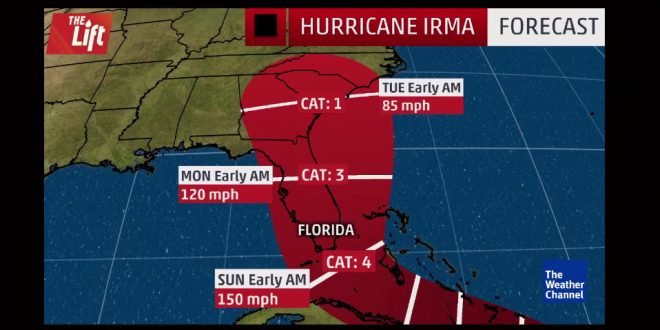 The evacuation order for areas east of Federal Highway, barrier islands, low-lying areas and mobile homes goes into effect at noon Thursday. She said the implementation is a result of lessons learned from Hurricane Matthew last year. Officials waited before ordering evacuations last year and want to avoid problems this year.

“We have learned lessons…. We don’t want to take that chance right now,” Sharief said during a news briefing at the Broward Emergency Operations Center. “It’s better for us to be safe than sorry,” she said.

“We have a good number of residents and visitors on the barrier islands at this time, and we’re asking everyone to finalize their evacuation plans at this time,” Sharief said. “Do not wait until the last minute.”

Another reason to start moving, Sheriff Scott Israel said, is that people from Miami-Dade and Monroe counties will be evacuating — which means many will be driving through Broward. “The roads sometimes will not be passable. Please get an early start.”