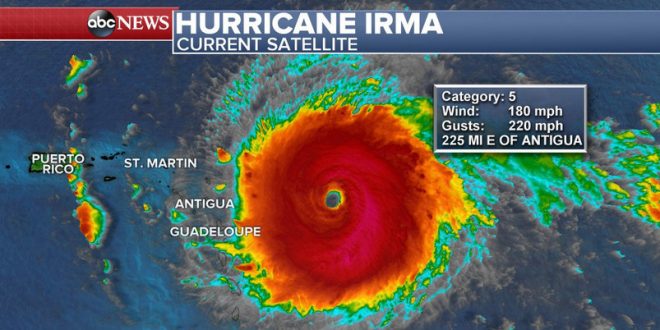 Mandatory Evacuation For Florida Keys Ahead Of Irma

Evacuation orders are being given in the Florida Keys as Monroe County emergency managers prepare for Hurricane Irma. “For the Florida Keys, if you were to create the worst case scenario that is what we are looking at,” said Monroe Co. Emergency Operations Center Director Martin Senterfitt. The grim outlook prompted Senterfitt to order mandatory evacuations.

“We’re emphatically telling people you must evacuate, you can not afford to stay on an island with a Category 5 hurricane coming at you. Most of this island chain is only three to five feet above sea level. With the surges we’re expecting this is not the place to be,” said Senterfitt.

A visitor evacuation expected to begin at sunrise on Wednesday. An evacuation for residents also will be issued. The time has yet to be determined. There will be no shelters in Monroe County.

Hurricane #Irma joins a list of only 6 other Atlantic storms on record with 180+ mph winds. #wcvb pic.twitter.com/U4Bu6LiVLU