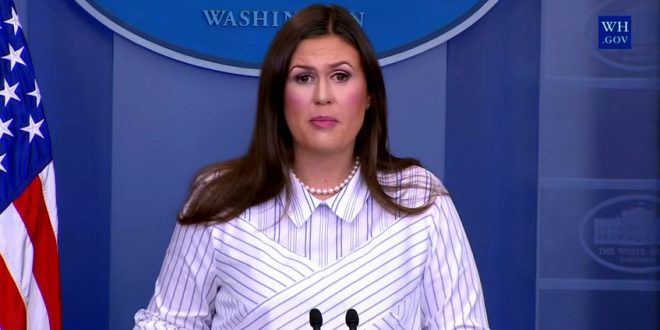 White House press secretary Sarah Huckabee Sanders will answer questions from reporters Monday afternoon. It’s the first briefing since President Trump attacked NFL players who kneel during the national anthem. “Wouldn’t you love to see one of these NFL owners, when somebody disrespects our flag, to say, ‘Get that son of a bitch off the field right now. He is fired,'” Trump said during an Alabama rally on Friday.

It’s also expected that Sanders will be grilled on North Korea, Puerto Rico, the Senate race in Alabama, and the flailing Trumpcare bill.