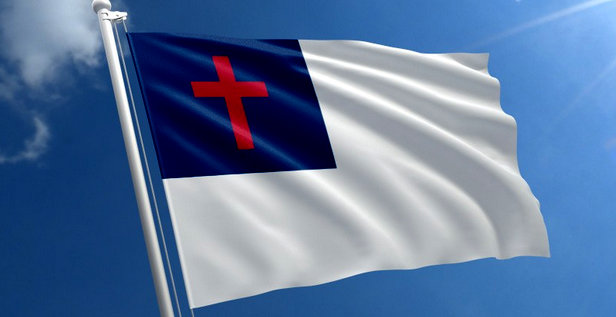 Liberty Counsel has sent a demand letter to the City of Boston to approve a permit to raise the Christian flag on a Boston City Hall Plaza flagpole, next to the American flag, as part of a permitted cultural event sponsored by Camp Constitution. The event will celebrate the contributions of Christianity to American freedom and the rule of law, and will highlight the need for racial reconciliation through Christ. In addition to the flag raising on the steps of Boston City Hall Plaza, the event will include short presentations by clergy members from diverse national and ethnic backgrounds, and a brief history of Boston as “the city set on a hill.”

Camp Constitution’s Hal Shurtleff began the permitting process in July 2017 and offered the City several proposed dates in September. The City stonewalled, and the camp followed up multiple times, only to receive a written denial from the City on September 8:

“I am writing to you in response to your inquiry as to the reason for denying your request to raise the ‘Christian Flag.’ The City of Boston maintains a policy and practice of respectfully refraining from flying non-secular flags on the City Hall flagpoles. According to the above policy and practice, the City of Boston has respectfully denied the request of Camp Constitution to fly on a City Hall flagpole the “Christian” flag, as it is identified in the request, which displays a red Latin cross against a blue square bordered on three sides by a white field. The City would be willing to consider a request to fly a non-religious flag, should your organization elect to offer one.”

“Government officials cannot just cry ‘Establishment of Religion’ whenever Christians seek access to a public forum,” said Mat Staver, Founder and Chairman of Liberty Counsel. “The Free Exercise and the Free Speech Clauses also protect religious expression. There is a crucial difference between government endorsement of religion and private speech, which government is bound to respect. Private religious speech in a public forum where secular viewpoints are permitted does not violate the Constitution. Censoring religious viewpoints does violate the First Amendment. Where the City of Boston allows any other flag by numerous other private organizations, it may not ban the Christian flag as part of a privately-sponsored event,” said Staver.