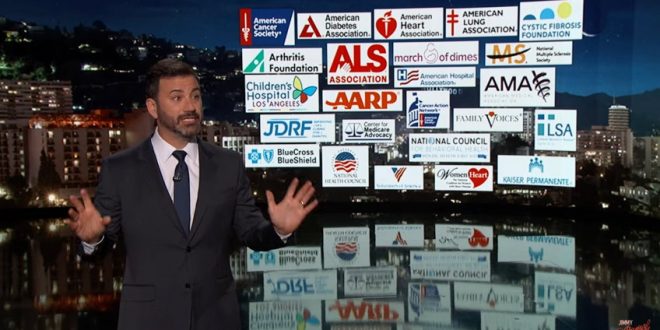 Jimmy Kimmel fired back at Republicans who have dismissed his criticisms of the GOP’s plans to repeal and replace Obamacare, once again using his monologue to urge viewers to call their senators to stop the pending legislation. It was a the third night in a row that Kimmel has warned of a bill co-authored by Sen. Lindsey Graham (R-S.C.) and Sen. Bill Cassidy (R-La.).

Kimmel also pointed to the array of groups that have come out against the Graham-Cassidy legislation, including the American Medical Association, AARP and the American Cancer Society. “We haven’t seen this many people come forward to speak out against a bill since Cosby,” Kimmel quipped.