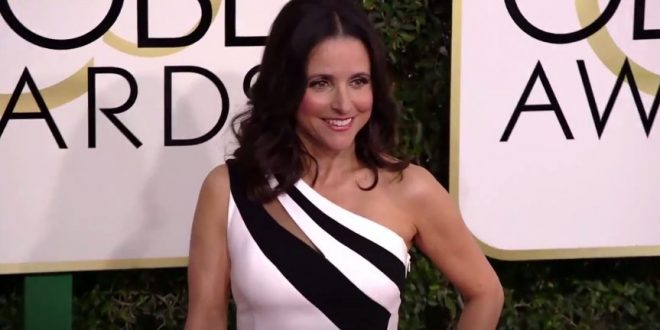 Emmy award-winning actress Julia Louis-Dreyfus has come forward with a heartbreaking diagnosis: She has breast cancer. The Seinfeld star made the startling revelation on social media Thursday.

“1 in 8 women get breast cancer. Today, I’m the one,” the mother-of-two announced. She went on: “The good news is that I have the most glorious group of supportive and caring family and friends, and fantastic insurance through my union. The bad news is that not all women are so lucky, so let’s fight all cancers and make universal health care a reality.”

The 56-year-old received the diagnosis just one day after winning her record-breaking sixth Emmy award for her role as lead actress in HBO’s Veep, the network said in a statement.

Previous LOUISIANA: Federal Court Rules Cop Can’t Sue Black Lives Matter As They’re Not “An Entity Of Any Sort”
Next Sec. Tom Price Apologizes For Chartering Private Jets, Claims He Will Reimburse US Treasury For The Costs