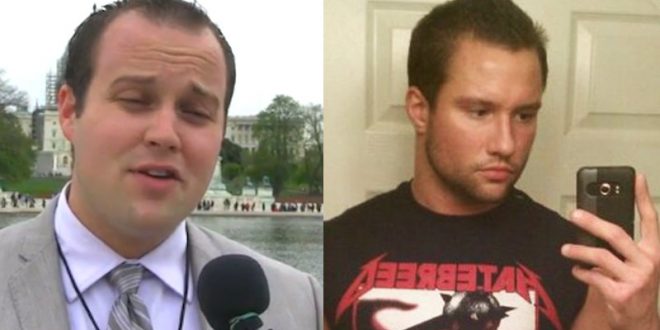 Josh Duggar is headed for a jury trial in the Ashley Madison lawsuit brought against him by a D.J. and model. The latter is claiming damages, after alleging Duggar family’s eldest child used his images on the adult website.

Los Angles-based D.J. Matthew McCarthy has alleged Josh Duggar stole his image for use on Ashley Madison and OkCupid to solicit sex. Josh’s actions reportedly brought him infamy and led to loss of work, People reported, while quoting from the lawsuit McCarthy filed. The D.J. further alleged that his “religious” family was hurt and the reality star’s actions were malicious and deliberate.

The California Superior Court of L.A. County, where McCarthy filed the lawsuit, scheduled Josh’s trial on March 7, just four days after his 30th birthday. Per case details listed, the three to five-day trial will be before a jury. From the court listings, it appears Josh Duggar had asked to be tried by a jury. McCarthy approached the court on August 4 last year.

But wait, there’s most Duggar news:

The Duggar sisters don’t want their brother joining their privacy lawsuit. Back in May, two years after Josh Duggar’s molestation controversy was revealed, Jill, Jinger, Jessa and Joy Duggar filed a lawsuit against Springdale, Ark., Washington County, Ark. county and police officials, as well as In Touch publishers, over police documents that were released in 2015.

In June, it was revealed that Josh was seeking to join his sisters’ lawsuit, but now new court documents obtained by E! News state that the four sisters want a judge to deny Josh’s request to join their lawsuit.

And while a judge has yet to rule on this case, another line from the court documents reads, “Forcing the victims to join their claims with their perpetrator’s claims would further traumatize the very victims Arkansas law is designed to protect.”

Previous GOP Fears Wave Of US House Retirements
Next Hillary: “I Am Done With Being A Candidate” [VIDEO]