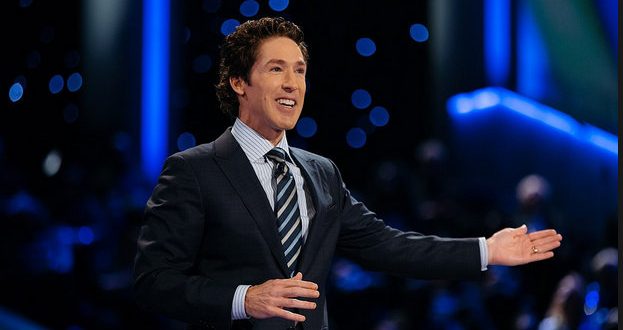 Joel Osteen: God Sent Hurricane Harvey Because He Knows You Can Handle It, Take It As A Compliment

Pastor Joel Osteen, who has been under fire for his Houston megachurch’s slow response to helping survivors of Hurricane Harvey, vowed on Sunday that God would “pay back” victims for what they lost.

“We’re not going to understand everything that happens, but having a ‘poor old me’ mentality or ‘look what I lost’ or ‘why did this happen,’ you know that’s just going to pull you down,” he said in his first sermon at his Lakewood Church since the storm.

Instead, he urged his followers to “turn it over” to God. “God won’t allow it unless he has a purpose for it,” he said. “We may not see it at the time, but that’s what faith is all about.”

Bringing up a biblical story involving Jesus and his apostles sailing across a lake during a hurricane-like storm, Osteen said that Jesus didn’t wake up during the squall because he knew they could handle it. “If they were all going to die, he would have gotten up without them having to wake him up,” he exclaimed.

Osteen then went on to tell his congregation that sometimes they may call on God to “fix this right now” as they panic during a storm, but that God apparently has a plan. “The reason it may seem like God is not waking up is not because he’s ignoring you, not because he’s uninterested, it’s because he knows you can handle it,” he stated. Osteen added, “Take it as a compliment.”

Previous Trump To End DACA With Six Month Delay
Next Saudi Arabia’s Gifts To Trump Include Cheetah And Tiger Fur Robes, Daggers, Swords, Paintings Of Himself