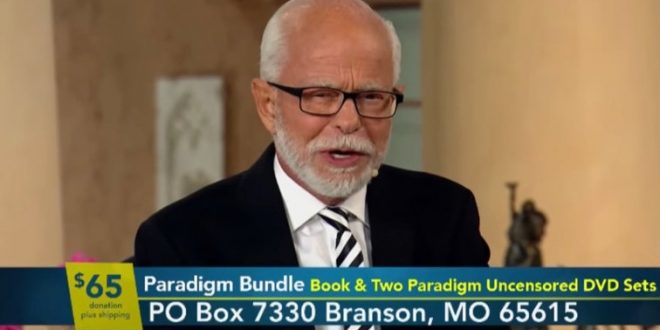 Jim Bakker: I Could Be Shot For Wearing A Jesus Hat

During his interview with Jonathan Cahn this morning, End Times prepper pastor Jim Bakker suggested that he could be murdered for going out in public wearing a hat with a cross on it.

Bakker went on to declare that “everything God’s ever spoke to me has come to pass” while fuming that society has made Christians afraid to share their faith. But Bakker refuses to be controlled by that fear, even though he knows he could be killed simply for wearing a Christian hat in public.

“I wear them out in public and I know I could be shot,” he proclaimed. “I know that. There are crazy people out there, but I’m not going to deny the cross. I will not deny the cross! I won’t.”

As you’ll see below, Bakker also claims that Trump told a friend of his that he respects Bakker because “he got back up” after life “knocked him down.”

As Kyle notes at the link, that knockdown came in the form of 24 felony fraud convictions and a 45 year prison sentence. (Which was later reduced to eight years.)

Previous KEY WEST: US Military Delivers Rations And Water
Next REPORT: Trump Humiliated Sessions In Front Of Others, Called Him A Disloyal Idiot After Mueller’s Appointment