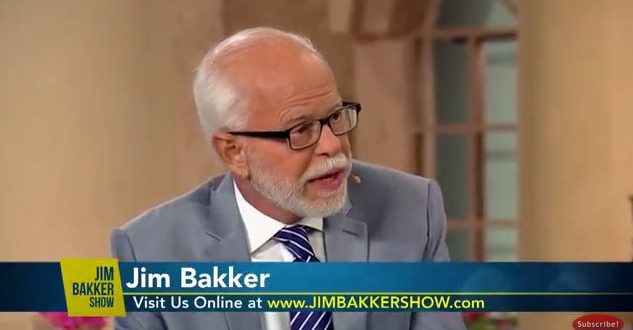 Jim Bakker And Guest: God Sent Harvey As Punishment For Gay Wickedness, Just Like He Did To New Orleans

Right-wing pastor Rick Joyner joined televangelist and End Times prepper pastor Jim Bakker on his television program yesterday, where they declared that Hurricane Harvey was God’s judgment on the city of Houston and used the devastation wrought by the storm to promote Bakker’s line of survival products.

Joyner said that Key West, Florida, had been hit by a hurricane “on the day they’re supposed to have the Day of Decadence parade” and another hurricane hit New Orleans right before it hosted another Day of Decadence festival. “Coincidence? I don’t think so,” he said. “We have to stand up against the perversion of our times and call it what it is.”