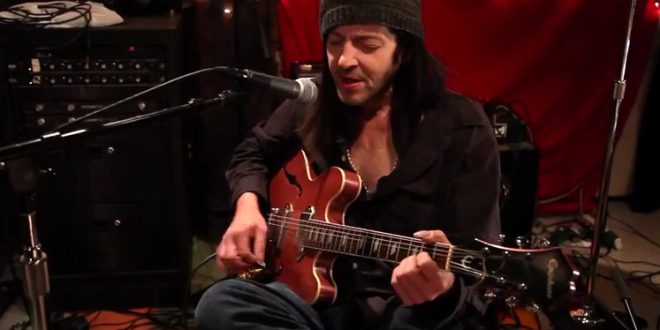 Grant Hart, drummer and singer of the seminal alternative rock band Hüsker Dü, has died at 56 after being diagnosed with cancer. The news was confirmed by his bandmate Bob Mould in a lengthy Facebook post.

The St. Paul, Minnesota-born Hart formed Hüsker Dü – Danish for “Do you remember?” – in the late Seventies along with singer/guitarist Bob Mould and bassist Greg Norton. The trio met when Mould, then a college student, frequented the record stores that bassist Greg Norton and Hart worked at. Hüsker Dü bristled against the rubric of the hardcore scene in other ways besides their music: Mould was openly gay and Hart often brought male partners on tour.

The Metal Circus EP, Hüsker Dü’s first release on the famed hardcore label SST, also marked a turning point for the band’s songwriting as they shifted away from hardcore toward a more expansive, varied sound that incorporated elements of punk, folk and straight-up rock and roll. The result was Hüsker Dü’s pioneering double-LP concept album Zen Arcade – “a thrash Quadrophenia,” David Fricke wrote in his 1985 review – which served as a blueprint for the alternative music scene that would bubble up in its aftermath.

On the landmark album – which Rolling Stone placed as Number 33 on the 100 Greatest Albums of the 1980s and Number 13 on the Greatest Punk Albums of All Time lists – Hart contributed songs like the classic overdose saga “Pink Turns to Blue,” “Standing by the Sea” and “Turn on the News,” one of the Rock and Roll Hall of Fame’s 500 Songs that Shaped Rock and Roll.

It was the Fall of 1978. I was attending Macalester College in St. Paul, Minnesota. One block from my dormitory was a tiny store called Cheapo Records. There was a PA system set up near the front door blaring punk rock. I went inside and ended up hanging out with the only person in the shop. His name was Grant Hart.

The next nine years of my life was spent side-by-side with Grant. We made amazing music together. We (almost) always agreed on how to present our collective work to the world. When we fought about the details, it was because we both cared. The band was our life. It was an amazing decade.

We stopped working together in January 1988. We went on to solo careers, fronting our own bands, finding different ways to tell our individual stories. We stayed in contact over the next 29 years — sometimes peaceful, sometimes difficult, sometimes through go-betweens. For better or worse, that’s how it was, and occasionally that’s what it is when two people care deeply about everything they built together.

The tragic news of Grant’s passing was not unexpected to me. My deepest condolences and thoughts to Grant’s family, friends, and fans around the world. Grant Hart was a gifted visual artist, a wonderful story teller, and a frighteningly talented musician. Everyone touched by his spirit will always remember. Godspeed, Grant. I miss you. Be with the angels.