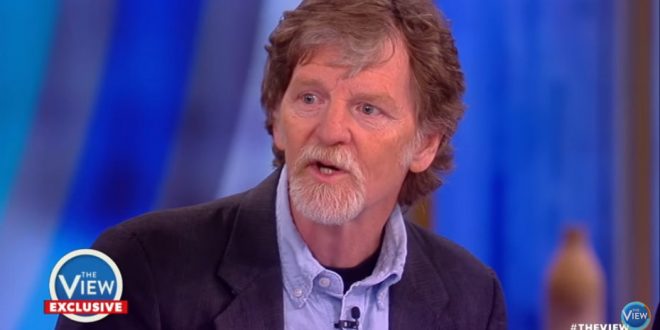 House and Senate Republicans are throwing their support behind the owner of a Colorado cake shop who refused to make a cake for a same-sex wedding in a case headed to the Supreme Court. GOP lawmakers announced plans Thursday to send an amicus brief on behalf of Jack Phillips, the owner of Masterpiece Cakeshop.

Phillips is challenging whether the state can force him to bake a cake for a same-sex wedding under its public accommodations law, arguing that his constitutional rights to freedom of speech and the free exercise of religion were violated when he was required to make a wedding cake for Charlie Craig and David Mullins’s marriage.

The amicus brief, which has 86 signatures so far, will be filed with the court in the coming days. Phillips, who will appear before the Supreme Court later this term, said he has lost 40 percent of his business and most of his staff for standing up for what he believes.