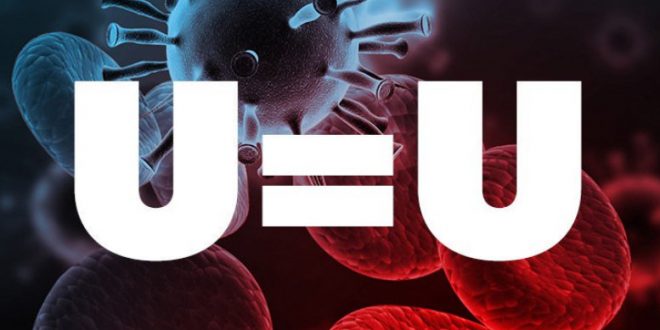 After hundreds of other experts and HIV organizations have already signed on to a pledge that recognizes that people living with HIV whose treatment has brought their viral load to an undetectable level — which is nearly half of all HIV-positive people in the U.S. — cannot transmit HIV to any other person, the Centers for Disease Control and Prevention has come out with the definitive statement on the subject.

“Across three different studies, including thousands of couples and many thousand acts of sex without a condom or pre-exposure prophylaxis (PrEP),” the statement continues, “no HIV transmissions to an HIV-negative partner were observed when the HIV-positive person was virally suppressed. This means that people who take ART daily as prescribed and achieve and maintain an undetectable viral load have effectively no risk of sexually transmitting the virus to an HIV-negative partner.”

Hit the link for more, including observations on the number of HIV-infected who are unaware of their status or not on treatment. The CDC’s letter is here.