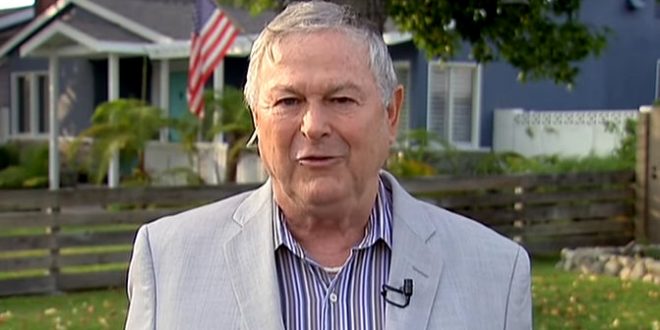 Rep. Dana Rohrabacher says Democrats, not white supremacists, are to blame for the deadly violence in Charlottesville, Va., last month. “It’s all baloney,” Rohrabacher told the San Francisco Chronicle in an article about his 2018 reelection chances.

Rohrabacher, a Republican from Costa Mesa, told the Chronicle he believes a supporter of former presidential candidates Hillary Clinton and Bernie Sanders prompted the violence by arranging for Civil War reenactors to protect a Robert E. Lee statue at the center of the dispute between white supremacist protesters and counter-protesters.

“It was a setup for these dumb Civil War reenactors,” Rohrabacher said. “It was left-wingers who were manipulating them in order to have this confrontation” and to “put our president on the spot.”

The conspiracy theory that a Democrat organized the white supremacist rally that led to the death of one person was stoked by right-wing provocateur Alex Jones of InfoWars and has been debunked by nonpartisan fact-checking site Politifact.

Known as the most pro-Russia member of Congress, Rohrabacher is currently lobbying for Trump to pardon Julian Assange in return for proof that Russia did not hack the DNC.