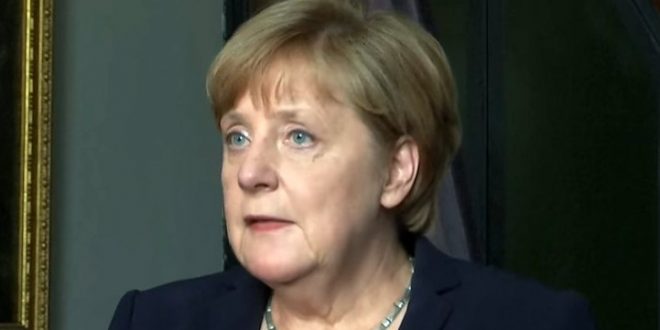 Angela Merkel is headed toward a fourth term as German chancellor, according to normally reliable exit polls released just after the polls closed in Germany. But the polls also show that a far-right party, Alternative for Germany, has gotten some 13.5 percent of the vote, a significant showing of voter anger over immigration and inequality. For the first time in more than 60 years the far right will be represented in the Bundestag.

Despite her victory, Ms. Merkel and her conservatives cannot rule alone. The shape and policies of a new governing coalition will involve weeks of painstaking negotiations. The center-left Social Democrats, Ms. Merkel’s coalition partners for the last four years, ran a poor second to her center-right grouping, and the AfD came in a solid third.

If the Social Democrats decide not to join a governing coalition, to rebuild their political profile, they will be the country’s official opposition. But if they join Ms. Merkel again, the AfD will take over that prominent role, which is bound to shake the consensus politics of Germany.

More from the Express:

The extremist AfD is headed by a married lesbian.