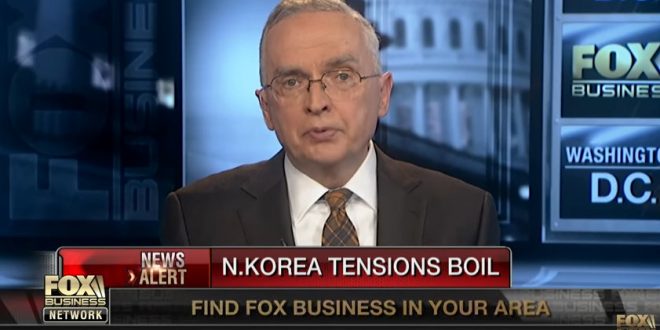 Better a million dead North Koreans than a thousand dead Americans. The fundamental reason our government exists is to protect our people and our territory. Everything else is a grace note. And the words we never should hear in regard to North Korea’s nuclear threats are “We should’ve done something.”

Instead, we should do something. Pyongyang’s Sunday test of a hydrogen bomb of devastating power begs for decisive action. Must we wait until Americans die?

A pre-emptive strike against Kim Jong Un’s nuclear and ballistic missile programs would be a terrible thing, demanding a vast military effort (if done properly) and leaving broad destruction in its wake. But that terrible option increasingly appears to be the least bad option. The question is whether we’ll delay action until it’s too late to save American lives.

Peters last appeared on JMG in 2015 after Fox suspended him for calling President Obama “a total pussy.” Peters, a retired US Army colonel, largely makes his living cranking out “military fiction” pulp novels.