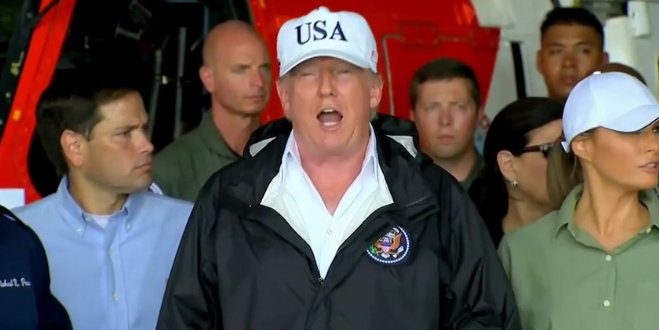 President Donald Trump traveled to southwest Florida with a message for the people of Fort Myers, who are recovering from Hurricane Irma: Rick Scott for Senate. Trump, First Lady Melania Trump and Vice President Mike Pence flew to Florida on Thursday morning to visit Fort Myers and Naples, two Gulf Coast cities that Irma tore through earlier this week.

Trump offered more praise of Scott, who he has continued to nudge to challenge incumbent Democratic Sen. Bill Nelson in 2018, taking advantage of Thursday’s backdrop of a recovering city. “I just, again, I have to say that what do I know? But I hope this man right here, Rick Scott, runs for the Senate,” Trump said.