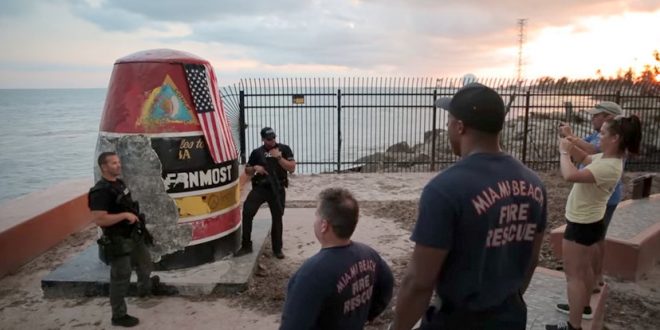 All Monroe County residents will be able to return to the Keys Sunday. This includes those who live in severely hard-hit areas of the Lower Keys between Key West and Marathon.

Residents of the Middle Keys will be allowed to return Saturday morning, said Roman Gastesi, county administrator, during a Saturday morning conference call with other officials from various local, state and federal agencies. Residents below the Seven Mile Bridge will be able to return at daybreak Sunday morning.

Re-entry includes only residents and those involved in the recovery effort. The Keys are not open to tourists, or nearly ready. Officials warn living conditions will be primitive for at least the next few weeks or more. So, if you return, bring enough supplies, including food and fresh water, to last for a very long time.

For nearly a week after the Category 4 storm made landfall on Cudjoe Key, access beyond Mile Marker 74 was limited only to government employees, search-and-rescue personnel, some volunteers and credentialed journalists.

“There is a heavy law enforcement presence in that area to prevent looting and provide security,” Monroe County spokesperson Cammy Clark said.

The U.S. Coast Guard was working with the U.S. Navy and the National Oceanic and Atmospheric Administration in Key West to open the shipping channel from the sea buoy to the Mole Pier. The reparations are essential to facilitate the movement of relief supplies.

“We know there will be many challenges ahead, especially for our hardest hit areas in the Lower Keys, but we want our residents and business owners to come back to rebuild their lives, their livelihoods and our economy,” Monroe County Administrator Roman Gastesi said. “We are prepared to restore the Keys back to the special paradise we love.”

And from USA Today:

Key West may bounce back faster. A USA TODAY reporter who reached Key West this week found much of the damage to the island’s important tourist infrastructure appeared to be cosmetic, or at least easily repaired, and most of the hotels on Key West appeared to have escaped virtually unscathed.