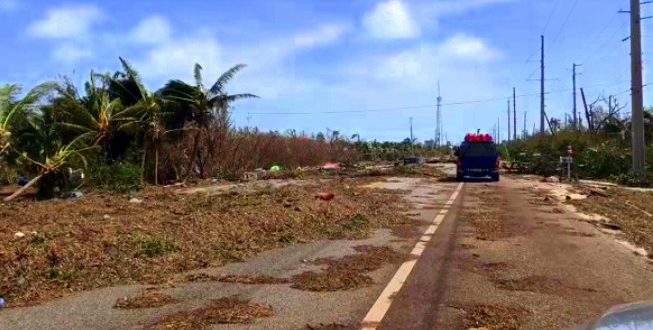 Residents who fled the Florida Keys in anticipation of Hurricane Irma’s wrath were told they could not return to their island homes on Monday, news that angered evacuees anxious to get back to assess the damage.

Authorities reported widespread damage on the archipelago off the tip of southern Florida. At the White House, U.S. Homeland Security Adviser Tom Bossert said it could take weeks before many residents are able to return.

Miami-Dade police detective Alvaro Zabaleta, speaking on behalf of local officials, urged residents to head to a shelter on the mainland while authorities tried to restore power, water and medical service. Some evacuees who had lingered at a police checkpoint in Florida City all day fumed, telling Zabaleta they needed to return to their houses to check on pets and clean up.

More from the Miami Herald:

The message was loudest coming from the Southernmost City: “We cannot support another mouth in Key West,” City General Manager Jim Scholl said on a conference call with other local, state and federal officials Monday morning. The reason is the city has no power, water or flushing toilets, he said.

Although the situation is more severe in Key West and the Lower Keys, Monroe County in general was not prepared for the rush of people who evacuated in the days prior to Irma’s arrival to return as of Monday, and may not be for at least a few days. “We’re not prepared for the general population,” State Rep. Holly Raschein (R-Key Largo) said during Monday’s call.

There were conflicting reports about damage to the pipeline that provides drinking water from the mainland, but the Florida Keys Aqueduct Authority issued a statement saying “the transmission main appears to be intact.”

However, the widespread water outages and low water pressure throughout the Keys appear to be a result of problems with smaller distribution systems, the authority said, explaining it had issued a precautionary boil-water notice.

Things were looking so dire that an estimated 10,000 people who rode out the storm in the Keys may require evacuation, the US Department of Defense said. The island chain is home to about 79,000 people.

The Navy is sending an aircraft carrier to Key West to provide emergency services. An update from Monroe County describes “an astounding recovery effort” taking place in the Florida Keys, where there was no water, power or cellphone service after the storm.

The USS Lincoln aircraft carrier will be anchored off Key West to provide emergency services, and three other Navy vessels are en route. Officials said the National Guard has arrived in the island chain, and state transportation officials have cleared six of 42 bridges as safe for travel. However, roads remain closed because of debris.

Army corp of engineers clearing US-1 in lower #FloridaKeys of debris so first responders can get in. #Irma pic.twitter.com/cFDEPgB1da

Florida’s Keys may not be accessible for weeks. On @CBSEveningNews, @Elaine_Quijano has the latest on #Irma’s destruction in Key Largo. pic.twitter.com/M9Vg7ZGw3g