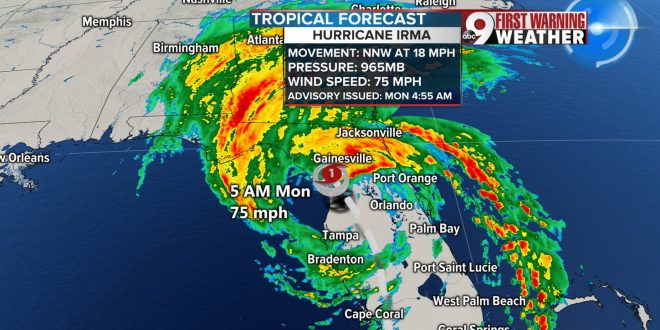 As the waves and winds began easing Sunday, residents of Old Town emerged not knowing exactly what to expect from the most powerful hurricane to strike the Florida Keys in more than a half century. But all in all, many in Key West seemed relieved that the damage from a Category 4 Irma was not much, much worse. “It’s not as bad as we thought,” said Robert Phillips. “It’s just trees and foliage and cars.”

That wasn’t the case across the rest of the 110-mile island chain. In the Middle and Upper Keys — on the more savage right side of Irma’s 130-mph winds — the damage and storm surge appeared far more severe. Monroe County emergency managers hinted that they feared there could be fatalities. Emergency Management Director Martin Senterfitt, calling the destruction a looming “humanitarian crisis,” said a huge airborne relief mission mounted by the Air Force and Air National Guard was already in the works.

The center of Irma’s eye crossed Cudjoe Key, a mostly residential island perhaps best known as home to portly Air Force blimp dubbed Fat Albert. It’s only about 20 miles east of Key West, but that small margin seems to have kept a town renowned for charming gingerbread architecture, fabulous sunsets and quirky characters on the less severe side of Irma.

Nearly 4.5 million homes and businesses across Florida have lost power as Hurricane Irma moves over the state. And utility officials say it will take weeks to restore electricity to everyone. Farther north, more than 100,000 are in the dark in Georgia. Much of eastern Alabama and coastal South Carolina are under tropical storm warnings as Irma pummels Florida, weakening on its march northward. The National Hurricane Center predicts the storm will cross Monday into southwest Georgia, where a hurricane warning was in effect for a large rural area including the cities of Albany and Valdosta. Rain already is falling in parts of the state, including metro Atlanta, early Monday.

CNN reports that US 1 is presently impassable for those seeking to return to the lower Keys.