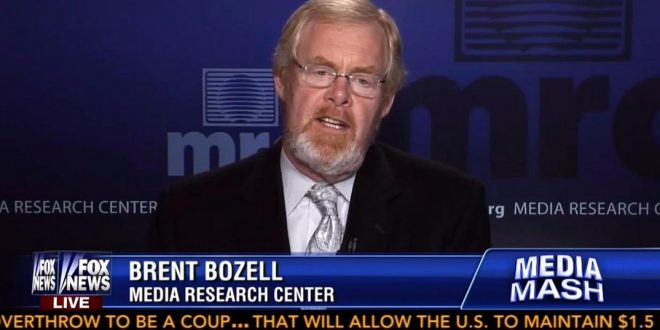 Extremist fake news mogul Brent Bozell said that President Obama “looks like a skinny ghetto crackhead” during a December 2011 appearance on Fox News. Therefore it’s hardly surprising to get this from him:

Protesting the National Anthem not only distracts from the sport that pays these players millions but, more importantly, disrespects the men and women of the military who risk their lives to allow them that opportunity. This is a spectacle designed to score political points, and the public is sick and tired of it.

People tune in to football to enjoy themselves, not to have to subject themselves to attacks on our flag because spoiled players don’t like the politics of our president. The public needs to have its voice heard.

Bozell is the nephew of William F. Buckley and sits on the board of the Catholic League, which primarily exists to fight LGBT rights and defend pedophile priests.