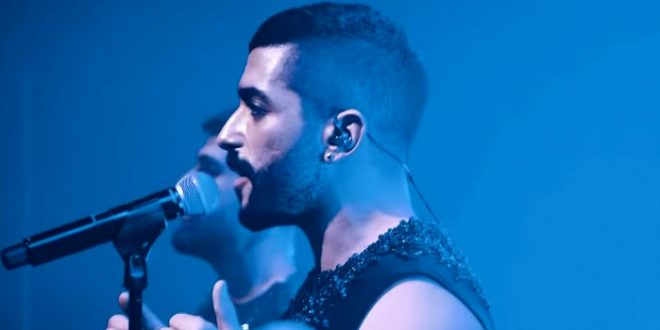 Egyptian authorities arrested seven people Monday who they accused of being gay and promoting homosexuality for allegedly raising the rainbow flag of the LGBT movement at a concert, filing charges even though there is no law officially banning the practice.

The flag was a rare sign of support for highly marginalized homosexuals in this conservative country and it came at a Cairo performance Friday by popular Lebanese indie rock band Mashrou’ Leila, a jazzy, electro-Arabesque group whose lead singer is openly gay.

The seven arrested Monday have been charged with “inciting immorality,” security officials said, adding that the Supreme State Security Prosecution acted after authorities discovered the seven had “raised the flag of homosexuals.” The officials spoke on condition of anonymity because they weren’t authorized to brief journalists.

Egypt’s musicians union says the band will be banned from future performances. The incident has reportedly gone wildly viral on Egyptian social media.

Below is a local news report in Arabic. The other clips are recent releases by the band and a concert performed for NPR last year. Last year the Los Angeles Times published an interesting interview with the band.