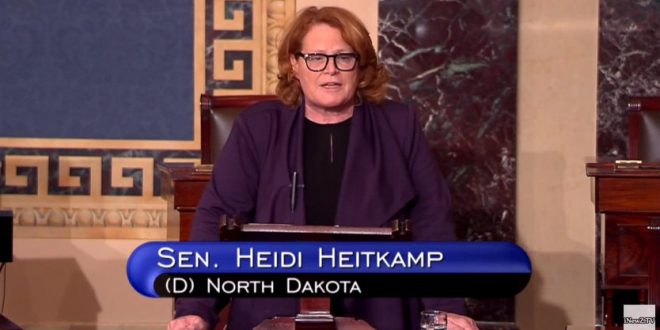 Dem Senator Calls For Insider Trading Investigation For Equifax Executives: “Somebody Needs To Go To Jail”

U.S. senator on Tuesday called for a criminal investigation of executives from credit bureau Equifax  for stock sales after a massive data breach this summer, and said their actions were comparable to insider trading.

Senator Heidi Heitkamp, a Democrat who sits on the Senate Banking Committee, said it was “disturbing” that it appeared executives sold nearly $2 million worth of company stock in the time between learning of a sweeping hacker intrusion and making it public.

“If that happened, somebody needs to go to jail,” Heitkamp said at a credit union industry conference in Washington. “It’s a problem when people can act with impunity with no consequences. How is that not insider trading?”

Previous LIVE VIDEO: White House Press Briefing
Next White House Suggests Prosecuting Comey: It’s The Job Of The DOJ And They Should Look At Doing It [VIDEO]