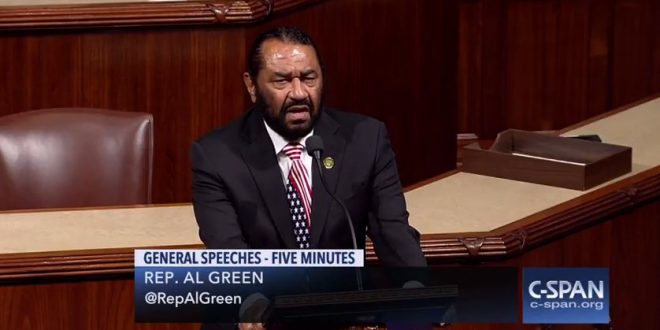 Rep. Al Green (D-Texas) said Tuesday that he will move to force a House floor vote to impeach President Trump next week as he denounced Trump’s attacks on NFL players protesting police brutality.

Green, a member of the Congressional Black Caucus, stood on the GOP side of the House chamber to announce his plans to file a resolution that will automatically trigger a floor vote.

“I rise today as a proud American. A person who believes in his country, who salutes the flag and says the Pledge of Allegiance and sings the national anthem,” Green said, wearing an American flag-themed tie. “I will stand here in the well of the Congress, and I will call for the impeachment of the president of the United States of America,” he said.